I couldn’t believe my eyes. After all our challenges, one of my teams had achieved the unimaginable!

Only a few weeks had passed since our K-6 grade students were reunited after spending 13 weeks at four different district schools. Water damage from a burst pipe in January had caused the closure of our school until April. In order to continue robotics meetings, special arrangements were made to bus our sole sixth-grade participant, Riley, to the third-graders’ host school. Despite the upheaval and the loss of their meeting area and Makerspace, the three teams persevered. 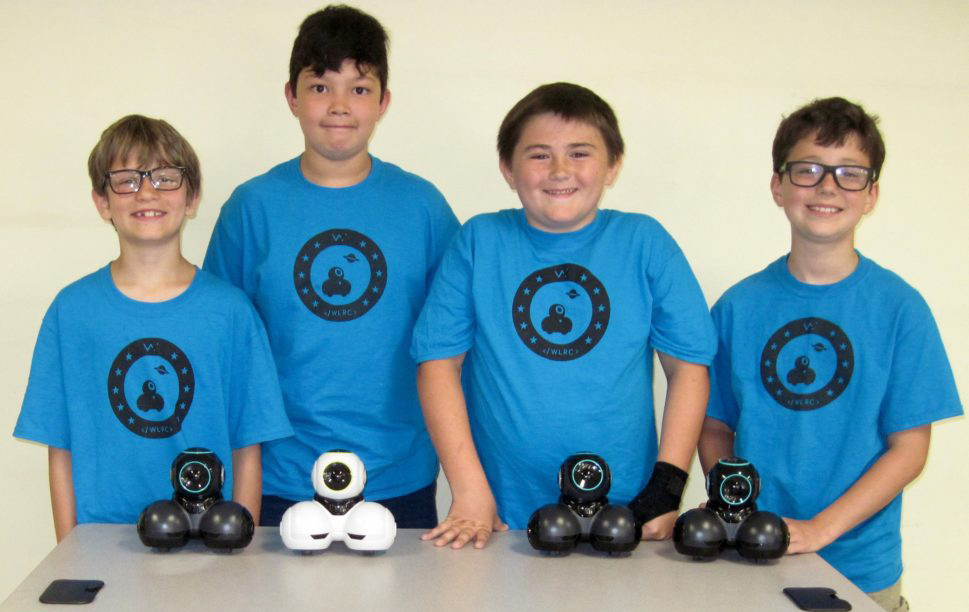 I read the email again.  When I saw the live announcement date, I groaned.  The third-graders (who made up the majority of my two teams) were going to be on a field trip.

Despite that setback, arrangements were made and parents invited.  Upon the third-graders’ return to school, they gathered in the library with Riley and friends to watch a recording of the live announcement.  When the Grand Prize Winners of the 9-12 age group were announced, the kids erupted in cheers and congratulations.  The Code Crackers were World Champions!

Although the announcement brought our seven-month WLRC adventure to a close, it heralded a number of fantastic opportunities for team members Charlie, Aiden, Tommy, and Riley. 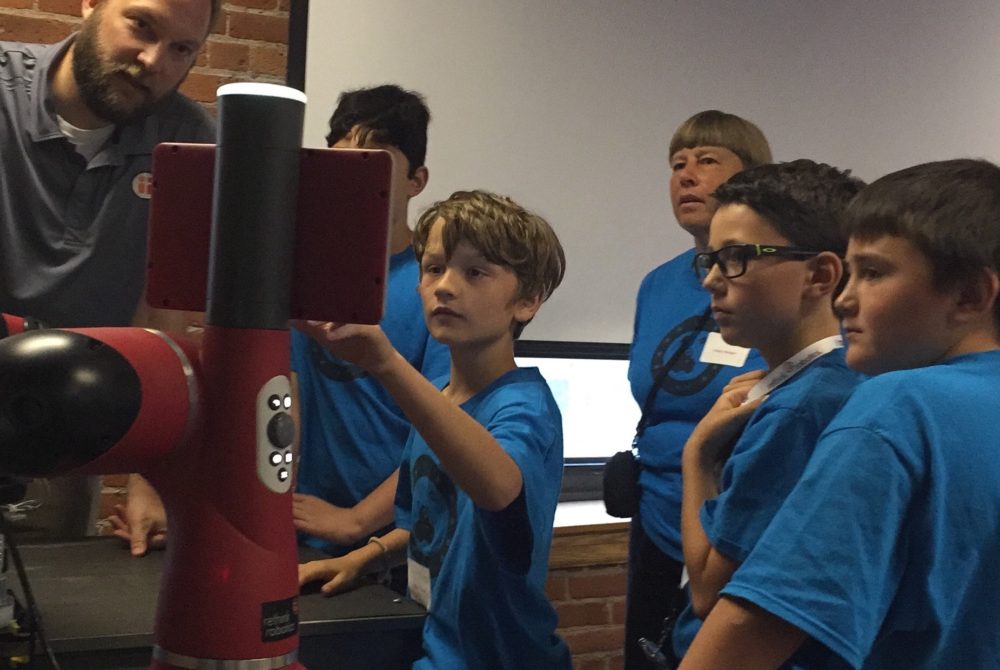 Thanks to parent Paul Botto’s contacts, the Code Crackers were invited to visit Rethink Robotics and tour MIT Media Labs. On a rainy June day, the Code Crackers and families piled into cars for a “field trip” to Boston. At Rethink Robotics, (www.rethinkrobotics.com), the team learned about the history of the company and its cobots, or collaborative robots. Several employees shared their educational backgrounds and roles at the robotics company. The boys posed with Baxter, Rethink’s original two-armed cobot, and Sawyer, and the company’s current cobotic arm. The highlight of the trip was learning how to train Sawyer, with its seven degrees of movement, to perform a variety of tasks using his interchangeable gripper attachments.

After lunch at Rethink, the team headed to the MIT Media Labs (https://www.media.mit.edu/), where they were joined by a film crew from NBC, Boston 4. As part of their tour, the boys saw the results of past research that led to robotic advancements and enjoyed trying out the newer interactive technologies. After the tour, each boy was interviewed individually by the film crew for an Evening News segment. The team at the CUE conference

When school resumed in the fall, the Code Crackers were in demand. Wonder Workshop invited the team to join Jeff Mao, Senior Strategic Education Outreach Manager, at Mass CUE in October. The team met Jeff at Gillette Stadium in Foxboro to help promote the WLRC and Dash’s features and accessories. The boys talked about the competition and demonstrated the Launcher and Drawing accessories as educators visited between breakout sessions. During a lull in visitors, Jeff, the boys, and I recorded a podcast with Mark Falcon of Robotics for Everyone. http://robotics-for-everyone.com/

A week later, the team was once again called upon to talk about their WLRC experience. This time, they spoke at an annual district event, the Pentucket Education Foundation celebratory dinner. Each boy was responsible for covering a different part of their experience: Riley – how the team came together, Tommy – visiting Rethink, MIT, and Mass Cue, Charlie – general WLRC data and learning about their win, and Aiden – the mission requirements.

The Code Crackers’ third appearance occurred in November. The boys traveled to Worcester to join Principal Dustin Gray and me at our Mass STEM Summit exhibit, Building a Robotics Program, K-6. While Dustin and I discussed our robotics curriculum with interested educators, the boys, sporting their Top Ten t-shirts, described the WLRC and demonstrated our Bee Bot, Probot, Dash, and Lego Mindstorms robots. The boys at the MIT Media Labs.

The Code Crackers and I will always remember the amazing and unforeseen experiences generated by their World Champion win. We are grateful to the Wonder League for offering this unique competition to children around the world. The boys resoundingly agree the visit to Rethink Robotics was their favorite part of this whole experience. Tommy said, “At Rethink, we saw the next generation of factory robots.” Aiden added, “We got to see how the robots are made, how they are used, and we got to program them!” Our biggest takeaway? To quote Charlie, “You learn more from failing than you do from succeeding.” Boy, did we learn a lot!